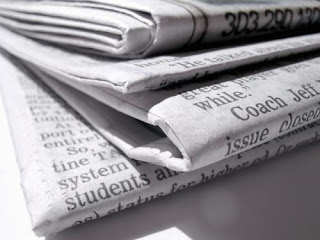 By Stephen Abbott, Principal, Abbott Media Group, which creates inspiring, engaging messages that build reputations. On twitter and Facebook.
Posted by Stephen at 9:00 AM No comments:

How Your Good #Reputation "Adds Up" To Business Success #AbbottMediaGroup 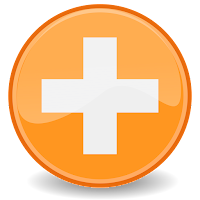 Public Relations remains a mysterious and nebulous concept for many, though it's actually not a mystery at all. It's an art and a science, applied to business and personal situations to address and solve problems that, if they're left to fester, can have a deleterious effect on one's reputation. That, in turn, can lead to reduced respect, reduced influence in one’s profession and, perhaps most crucially, reduced sales of one's products and/or services.

I've used the acronym "Add Up" to illustrate the process AMG uses on clients' behalf.

Analyze the situation. Jumping in without even rudimentary analysis of the situation is like jumping into a lake one has never seen before – foolish, and possibly dangerous. A situation analysis in PR usually includes discussions with all of the relevant publics involved. A "public" can be management, owners, employees, customers and other stakeholders involved in some way with an organization, company or community. This helps the PR professional learn all the facts on the ground that could be leading to problems that may be contributing to a decline in reputation.

Determine problems. Being able to name a problem is a first step towards solving it. This is true in one's personal life and of course it's true in business as well. Once the situation is fully analyzed, PR professionals can then research the problems as they truly exist and begin to understand what PR tools and tactics will need to be addressed, which is the next step ...

Diagnose the situation. Doctors use their analysis of a patient's health to determine a diagnosis. In the same way, PR professionals can use the analysis and problems that arose in the early stages of the process to come up with a diagnosis, allowing them to move forward to the next stages.

Understand publics. Without an understanding of the publics who will be affected by the messages to be used to address problems and issues, we can't be as effective as we otherwise would. Some PR practitioners don't get this, and end up "shouting from the rooftops" to get their message out, thus possibly squandering all the previous effort in researching and diagnosing problems. Instead, a clear, targeted message is planned and prepared to go out to clearly identified targets. This is absolutely essential for the success of any PR campaign.

Present the campaign to the relevant publics. All of the research, analysis and planning leads up to a campaign that is presented to predetermined target groups, i.e., those who will most benefit from and be positively influenced by messages that will enhance the client’s reputation and standing in the community, their ability to continue to grow or expand, or other goals that can be measured over time.

This final "implementation phase" utilizes tools and tactics of the PR professional that best meet the needs of the campaign at hand. This expertise, along with the ability to comprehend and work through the previous steps, is why it's best to hire a PR professional to enhance, change and manage your reputation.

Public Relations, and the enhancement of reputation it can bring, "Adds Up" to the continued success of your business, organization or personal fulfillment.

Contact Abbott Media Group to learn more about how your reputation can benefit from Public Relations in 2018.
Posted by Stephen at 9:00 AM No comments: