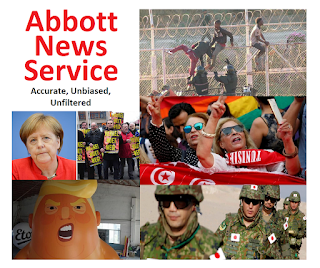 Today, Abbott Media Group is launching a campaign seeking seed funding for Abbott News Service, the next stage in the evolution of news coverage of global politics and social trends.

When fully funded and operational, The Abbott News Service (TANS) will feature original reporting and photography and concise news stories of under 250 words. We’ll seek exclusive, local reporting and interviews with influencers.

Using its website, social media platforms and a mobile app, TANS will disseminate original news content in ways that are innovative, interesting and engaging.

The Abbott News Service is the next step in the evolution of the World Politics News blog (worldpoliticsnews.blogspot.com) which Abbott Media Group owner Stephen A. Abbott has edited nearly every day since 2012.

Our mass media is failing us. It's failing to give us the news we deserve about the political events and social trends that, in a Globally interconnected world, could soon reach our shores and drastically impact our lives – both in positive and negative ways.

We need a revolution in Mass Media to ensure that we’re aware and alert to these trends, before they reach America’s shores. The Abbott News Service is the start of this revolution.

This will not be “advocacy journalism,” since it will not serve as a mask for partisanship disguised as journalism, from the Left or the Right. The only thing TANS will advocate is the expansion of Americans’ knowledge of politics and social trends around the world.

The Abbott News Service will be overseen on a daily basis by World Politics News Editor-In-Chief and Founder Stephen A. Abbott, a veteran journalist, blogger and communications consultant from Central Florida.

TANS will seek to contract with American and native citizen journalists both overseas and in the US to report on international politics and social trends, paying them by the story. TANS will consider extending internship opportunities to qualified journalism students.

The Abbott News Service will eventually seek to license stories produced by its reporters to outside media organizations, functioning, in part, as a traditional wire service.

FUNDING:
Abbott Media Group is seeking $20,000 in initial/seed funding, using a GoFundMe account and other fundraising methods. For more information and to support the Abbott News Service, go to https://www.gofundme.com/abbott-news-service

ABOUT:
Abbott Media Group was founded in 2008, the successor to Stephen Abbott Communications (2003-2008.) It relaunched in 2015, with a focus on online media, reputation management, social media management, and ePublishing. They can be found online at www.abbottmediagroup.com, on twitter at @abbottmedia and on facebook at facebook.com/abbottmediagroup.

Founder and owner Stephen A. Abbott graduated with a BA in Communication Arts with a concentration in Public Relations from the University of West Florida in Pensacola, Florida. 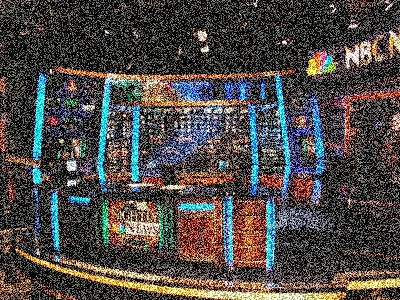 Posted by Stephen at 9:00 AM No comments: