Candidates: What Is Your #PoliticalVoice?

What is your "Political Voice"? 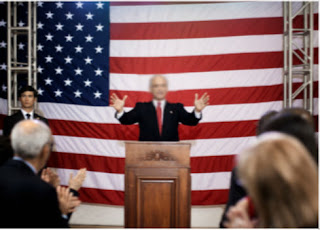 For instance, with Pres. Trump, his Political Voice is cluttered, but approachable and casual, often having no regard to complex policies or even core beliefs. His speeches are short, brief, and aimed at "average voters."

When in office, Pres. Obama, by contrast, always had a Political Voice that was extremely structured and uplifting, approachable, but with soaring rhetoric, filled with weighty policies but also descriptive of why those policies were relevant, from a philosophical point of view. He was long-winded at times, often losing his audience, which were often upper middle-class city-dwellers.

Pres. Reagan, the "Great Communicator," had yet another style of Political Voice, one that was at times structured and uplifting, but also approachable and casual, often with humor and kindness as his tone. His rhetoric could be uplifting, and he never failed to convey his policies and core values in what he said. His speeches were of average length, never too long, and were aimed at "average voters" without seeming to exclude anyone.

It's extremely important for candidates who intend to seek public office to work with a professional communications consultant to develop a Voice. This will enable them to approach and appeal to not only to relevant future voters, but also - and perhaps even more importantly - to early donors and thought leaders.

Failure to do this, and to develop the right messaging that will be delivered, results in a failed campaign effort. And with the cost of today's political campaigns, deciding to "wing it" means to fail to sound like a viable candidate, and to come up short on election day.

I can help you develop a message and a Voice to convey it the RIGHT way. Contact me immediately if you plan to seek higher office in 2017 or 2018. 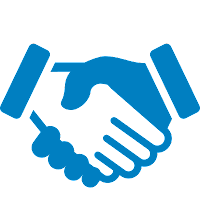 Reputations in business, as in life, are built on fair dealing: by treating customers and employees well, by paying employees what they have earned and on time, and by giving customers friendly attention and fair value for what they purchase.

Without this culture of fair dealing, employees grumble, are dissatisfied on the job, and are disloyal, and customers simply leave and never return, making sure everyone knows why they have taken their business elsewhere.

But when a culture of fair dealing is fully embraced, employees are enthusiastic and do all they can to make the company successful, and customers reward it with loyalty and positive recommendations to their neighbors and friends.

Fair dealing cannot be faked. And it is not the job of public relations to pretend a company that is not dealing fairly actually is doing so. Public Relations can never allow itself to be used to paint a false picture of fair dealing where none exists. Employees and customers alike will see through any such attempt at whitewashing. Lying always makes things worse, in the end.

But when a company that has damaged its reputation by not dealing fairly begins to deal fairly in all aspects of its corporate life, it's a pleasure for public relations consultants to tell all who will listen about this more positive attitude towards doing business.

- Stephen Abbott
www.AbbottMediaGroup.com
Posted by Stephen at 2:20 PM No comments: