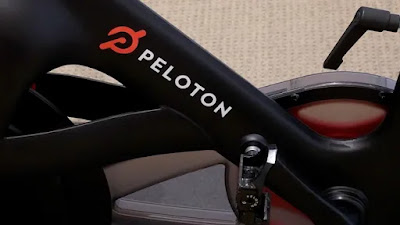 Two TV shows featuring regular characters having heart attacks while using a Peloton exercise bike are giving the bike company heart palpitations.
Viewers were shocked when, during the premiere of HBO’s Max’s Sex and the City reboot And Just Like That, series regular “Mr. Big” (Chris Noth) had a heart attack on his Peloton. Turns out, the company not only knew about the product placement, but actively participated in the show featuring it.

But in January, the company got an unexpected jolt when yet another show featured a heart attack, this time, Showtime’s hit, Billions, portrayed longtime character Mike Wagner (David Costabile) as having a heart attack while using the bike.

The company released a statement on twitter saying they had nothing to do with THIS placement and didn’t approve its name or product’s use in the show.

“We get TV shows want to include @onepeloton to get people talking, but to be clear, we did *not* agree for our brand or IP to be used on @SHO_Billions or provide any equipment, As the show itself points out, cardio-vascular exercise helps people lead long, happy lives.”

As a popular appliance and icon of the pandemic age, the Peloton bike is surely well known enough to merit use and even ridicule in popular American culture.

But this wasn’t the first time the brand has had a PR crisis on its hands. Most of us first learned of the bike through its infamous 2019 TV ad in which a rather thin, attractive young woman receives a Peloton bike as a Christmas gift from her husband,  making a video for hi in which she had a pained look on her face. The ad prompted many to question whether such a “gift” from a man would be inappropriate or even insulting.

The resulting near-endless analysis of the ad was a PR disaster for the company, who had hoped for a more painless and positive launch.

The recent features the product has received are not *positive* either, but also not entirely negative.
The company’s response was quick and appropriate, and most people will understand that the product doesn’t have this effect on ALL of its users. Still, one doesn’t ever want your exercise product attached to the concept of a heart attack, or any other medical emergency.

Unlike Mr. Big, the company will survive this.